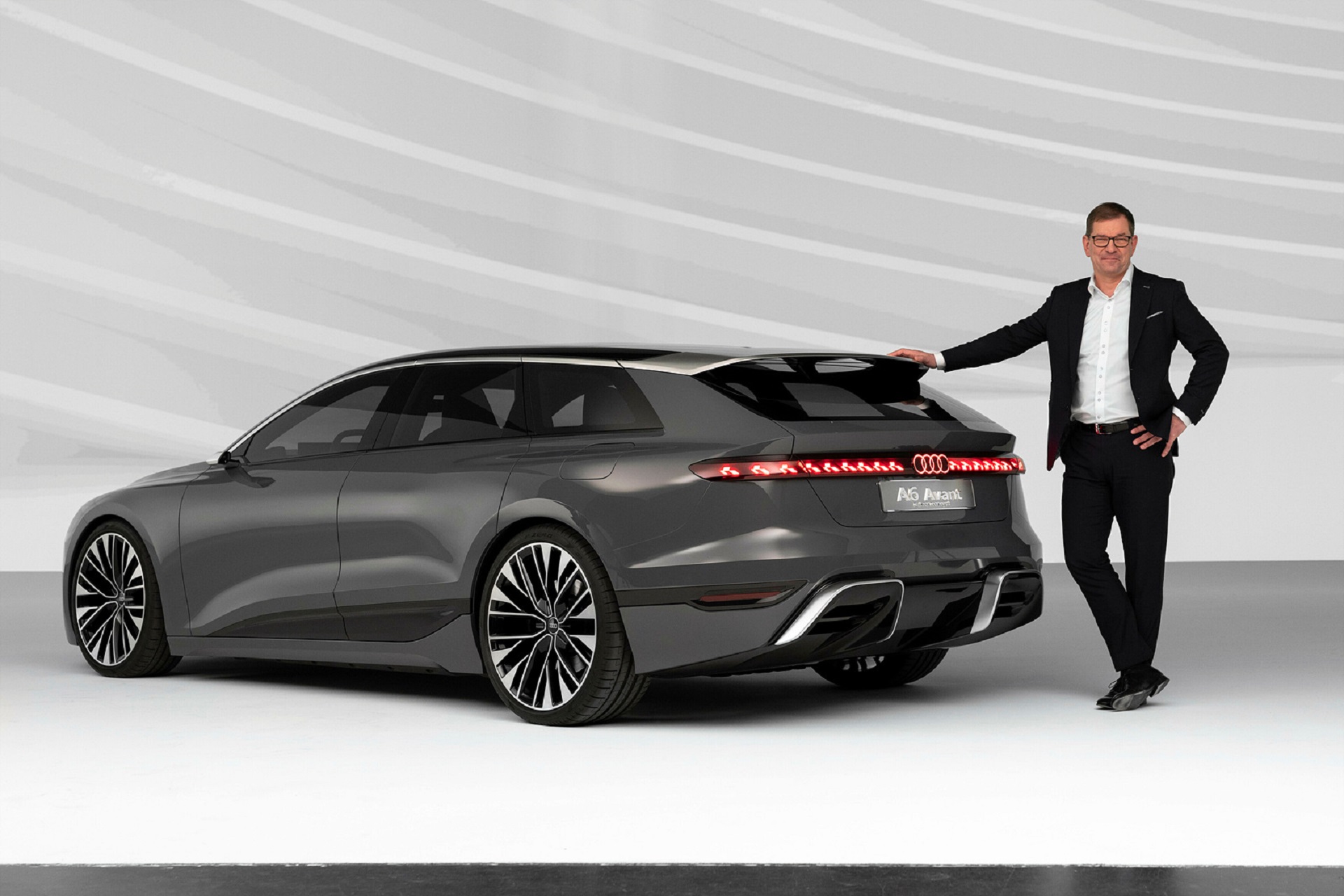 In 1977, Audi applied the word 'Avant' to its wagon models. In the decades since, Audi Avants have been a mainstay of the company’s vehicle lineup. So it is fitting, as the EV revolution moves forward, that Audi should offer a battery-electric wagon that takes the Avant tradition forward.

Audi released the concept version of an all-electric A6 sedan, which will be built on a new EV platform the company is co-developing with sister company Porsche. The two Volkswagen group companies are calling the new EV architecture Premium Platform Electric, or PPE. They first started talking about it a few years ago, and it’s slated to power the larger vehicles in Audi’s and Porsche’s upcoming electric arsenal. The A6 Avant E-tron is actually the first “completely tangible look at future production models” from Audi that will be built on the PPE platform.

During its 2022 Annual Media Conference, the German automaker pulled the sheet off its second A6 e-tron concept – a luxury class station wagon called the Avant. Picking up where the A6 e-tron Sportback concept left off, the Avant offers a glance into Audi’s all-electric future with some elegant new features that optimize space and aerodynamics. “We’re not just electrifying the Avant’s successful 45-year history. What we want most of all is to use technical skill to add an exclamation point. In particular, this includes powerful 800 volt technology, 270 kW of charging capacity, and a WLTP range of up to 700 kilometers (435 miles),” says Audi Board Member for Technical Development Oliver Hoffmann.

As per newcarscoops.com, the Avant shares the same dimensions as the A6 Sportback e-tron concept revealed last year: 16.3 feet (4.96 m) long, 6.4 ft. (1.96 m) wide, and 4.7 ft. (1.44 m) high, tallying it for the luxury class. This is also relative in size to current ICE models in Audi’s A6/A7 series. Despite its height, long wheelbase, and thick back end, the Avant concept has an aerodynamic value (cW) of 0.24, just 0.02 units higher than its A6 Sportback e-tron counterpart. 22″ wheels, short overhangs, and a flat cabin help give the Avant proportions that are more closely reminiscent of a sports car than a station wagon.

As you’ll notice in the head-on image above, the view of this new A6 concept looks rather sharp from the front, showcasing a lot of e-tron DNA we have seen on Audi’s production model EVs. In its press release, the company hints there will be upgraded models capable, presumably with dual motors, that will manage the sprint in around 4 seconds. With a high-power DC charger, drivers will be able to add 300 km (186 miles) in just 10 minutes. Charging from 5% to 80% will require only 25 minutes, making it “uncompromisingly suitable for long journeys,” Audi says.