BYD Arrrives In India With An Electric SUV 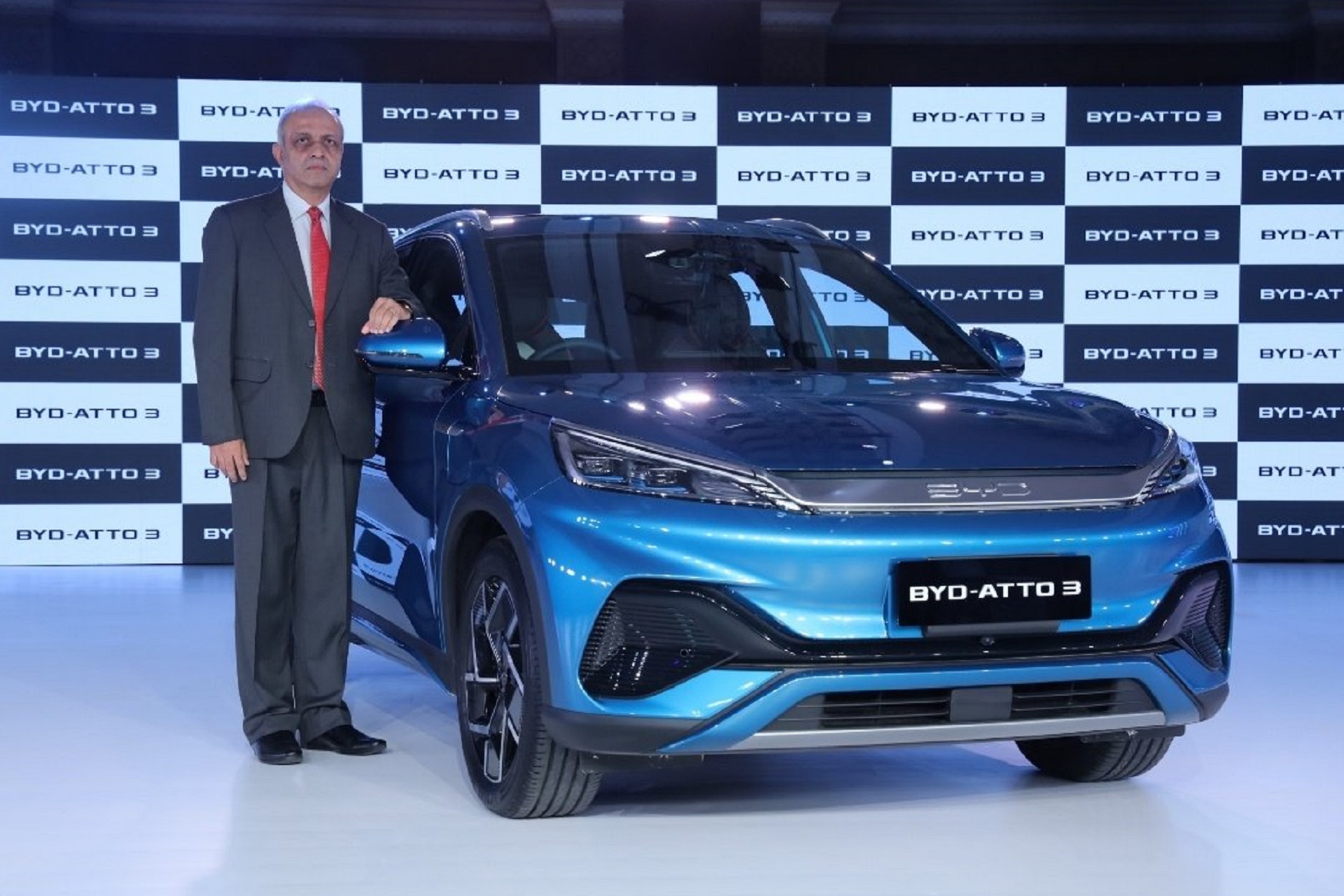 BYD India entered the Indian market with the e6 electric MPV and now they are expanding their portfolio by adding a new electric SUV, called Atto3. The company has started obtaining advance bookings for its electric SUV- All one has to do is pay a token amount of just ₹ 50,000, and deliveries for the first 500 units will commence in January 2023.

Powering the BYD Atto 3 is a 204PS and 310Nm electric motor on the front axle which gets from 0 to 100 kmph in 7.3s, which makes it one of the quickest accelerating cars in the sub ₹ 30 lakh EV segment. Its top speed is limited to 160 kmph. The Atto 3 will be offered with the larger 60.48kWh battery pack in India, with an ARAI-tested range of 521km. The battery pack is BYD’s blade battery and can also be used for a vehicle-to-load function.

The feature list is vast with things like a panoramic sunroof, climate control, powered front seats, a one-touch electric opening/closing tailgate, and an ADAS suite. On the safety front, the Atto electric SUV has seven airbags, ABS, ESP, hill-hold assist, a 360-degree camera, and six radars for the ADAS system. The Atto 3 comes with a blanked-off silver grille at the front and a clean look for the tailgate. It is flanked by headlights with wing-shaped LED Daytime Running Lamps. The electric SUV features 18-inch five-spoke and dual-tone alloy wheels. It boasts a boot capacity of 440 liters.

The BYD Atto 3 SUV will be assembled at the carmaker’s Sriperumbudur facility near Chennai, Tamil Nadu.