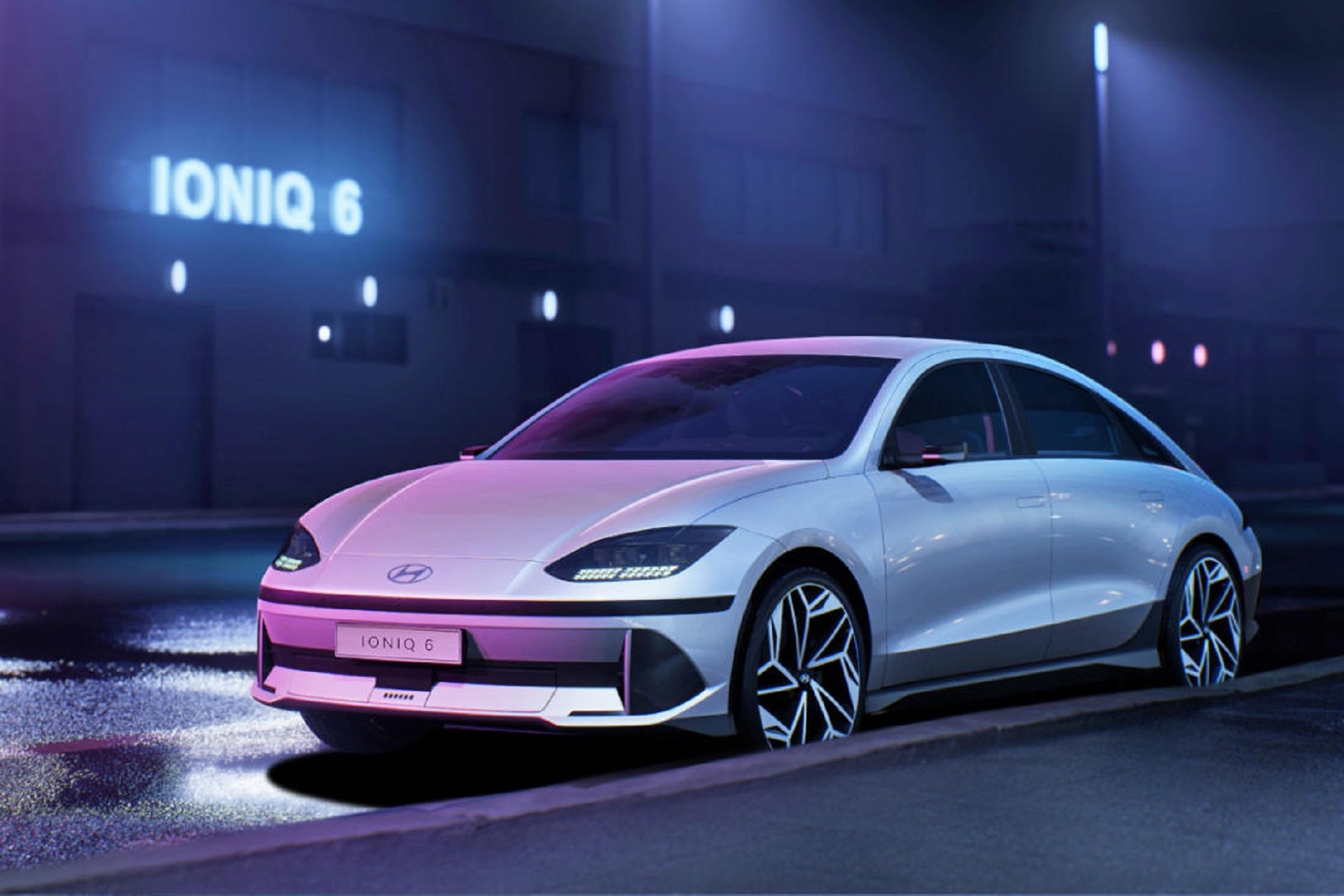 The Hyundai Ioniq 6 employs the same basic platform as the Ioniq 5, specifically the 77.4 kWh battery pack. The launch version of the Ioniq 6 utilizes its 0.21 drag coefficient to attain an EPA range estimation of 610 kilometres. That is only possible in combination with rear-wheel drive and 18-inch rims. As with the other E-GMP models, the rear-wheel drive produces 168 kW in combination with this battery.

By comparison, the significantly less aerodynamic Ioniq 5 comes to a WLTP range of 507 kilometres in the new model year with the same battery-drive combination, while the Kia EV6 is quoted at up to 528 kilometres. At the market launch of the Hyundai Ioniq 5, a maximum of 480 kilometres were possible in the standard test with rear-wheel drive. The all-wheel drive version with a second electric motor on the front axle, familiar from the Ioniq 5 and Kia EV6, is also possible. The launch variant of the Ioniq 6 reaches 60 in a brief 5.1-seconds outpacing its more expensive BMW i4 rival.

The 800-volt charging system of the E-GMP models remains unchanged. With the large battery, the Hyundai Ioniq 6 can charge at 350 kWh at a D.C. fast charger, which translates to an 80% charge adding over 300 miles of range occurs in approximately 15 minutes. Hyundai also includes an adapter that allows vehicle-to-load charging. In the event of a power outage or blackout, the Ioniq 6 can replace a generator, powering the essentials in the average American home for several days.

In the interior, Hyundai highlights that they have now installed four USB-C and one USB-A port, in addition to the aforementioned 230-volt socket. This should also allow the interior to become a mobile office: The centre console is designed in such a way that it can also serve as a shelf for a laptop or tablet when the car is stationary. Incidentally, there are no more buttons and switches on the inside of the doors; the electric windows are located in the centre console.

Thomas Schemera, Global Chief Marketing Officer and Head of Customer Experience Division of Hyundai Motor Company, also emphasised that the focus was on a “stress-free driving experience”. Incidentally, Hyundai does not see a direct competitor model for the Ioniq 6. “I don’t want to be arrogant to say that there is no competitor. From the customer’s point of view, there are of course other e-limousines on the market,” Schemera said. “But looking at the design, the range and the concept of the vehicle with a focus on efficiency, we don’t see any direct competitors in the segment. The Ioniq 6 is unique.”

What will then be missing from the Ioniq 6’s surcharge list is the solar roof familiar from the Ioniq 5 – even though the Ioniq 6 is so trimmed for efficiency. In front of the driver is one of two 4k 12-inch displays. The excellent graphics show the charge rate, energy consumption, speed, media, and navigation. The range meter takes into account driving style over the vehicle's life, traffic, temperature, and average vehicle speed for an incredibly accurate reading. To the right, beneath the same glass panel, another 12-inch display takes care of multimedia purposes.

Hyundai is not naming prices at this stage, this is to be done before the market launch. While the Hyundai Ioniq 6 is expected to be expensive for a car sporting a Hyundai badge, it is decidedly more inexpensive than its rival, Tesla Model 3. Production in South Korea is scheduled to start in the third quarter of 2022, with Europe boss Michael Cole planning to launch a pre-sale in some countries towards the end of Q3. In South Korea and Europe, the first vehicles are to be delivered this year, but larger numbers and the US launch are not expected until 2023. The dual motor launch variant will start between  $42,000-$48,000. For that expense, buyers receive an exceptional amount of standard features, and a driving range outpaces the Model 3.