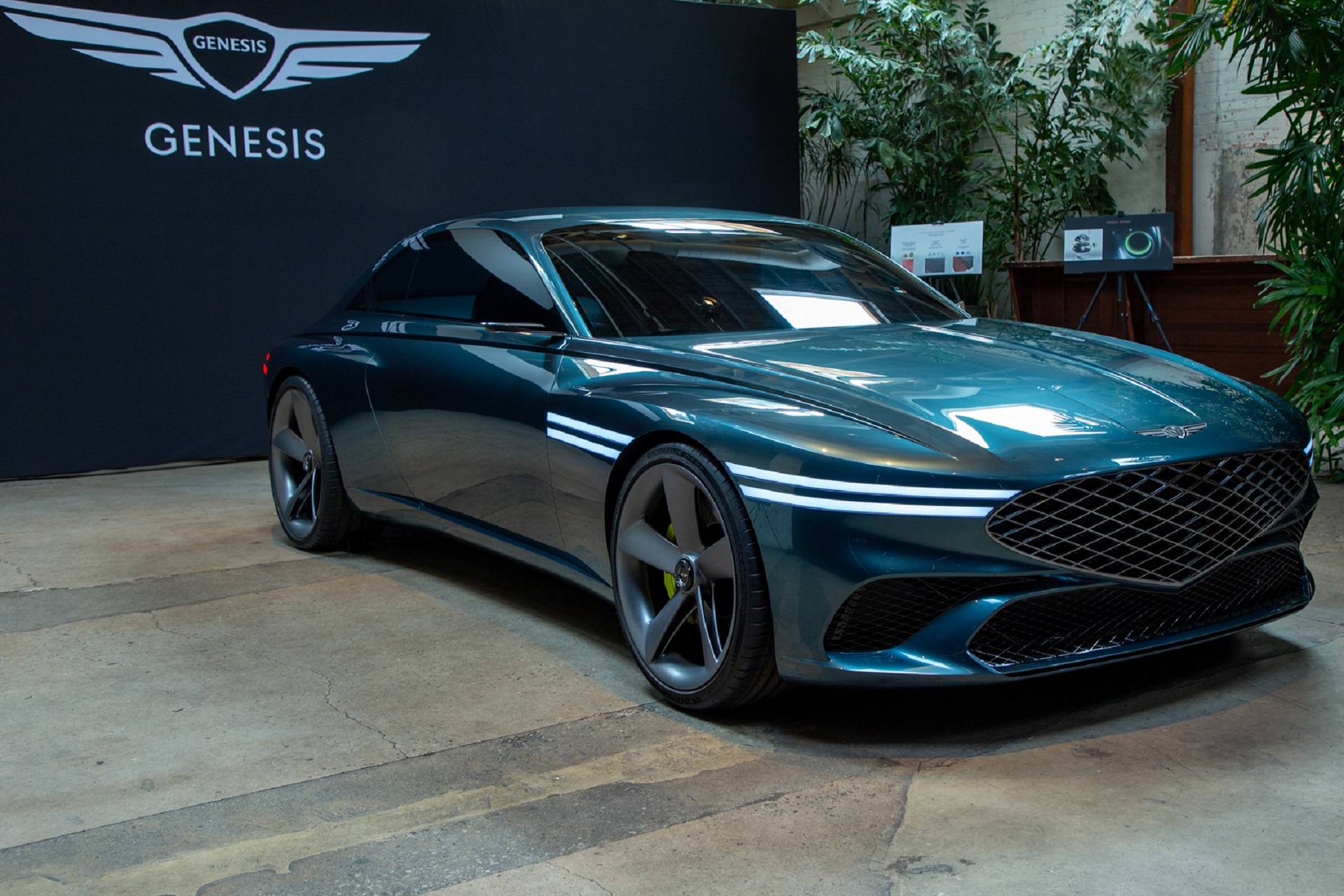 Talking about the latest X Speedium Coupe Concept, Luc Donckerwolke, Chief Creative Officer of Genesis declared, "This car is an open-door moment in Genesis' journey towards our future EV design. This isn't a show car - it's a look into our design processes as we explore ideas for the next wave of EVs, one that incorporates Genesis' DNA."

The Speedium concept is a design exercise for now as they join the majority of automakers in slowly turning against two-door vehicles for crossovers and SUVs.

This new shade for the concept is called Inje Green. The company says it was inspired by the mountainous landscape around the Speedium track in South Korea.

The front end of the new X Speedium Coupe concept has Genesis's signature 'Two Line' headlight design which integrates the daytime running lamps with the high and low beams.

At the rear of the concept, as seen on multiple Genesis vehicles are the twin taillights with twin diffuser elements on either side of the rear bumper.

A large ducktail spoiler that hosts the third brake light sports a v-shaped kink in the center.

Other impressive features on the sides of the concept car comprise the curving roofline, the ultra-slim digital rearview mirrors, and the twin lines that unfold just ahead of the rear quarter windows.

Genesis hasn't disclosed any attributes about the electric powertrain of the X Speedium Coupe Concept, however, any car based on it is expected to be based on the Hyundai Group's E-GMP platform. The E-GMP platform supports up to 800V charging and a range of up to 500 kilometers. The most powerful vehicle based on the same platform is the Kia EV6 GT which delivers 577bhp that can hit 100km/h from a standstill in just 3.5 seconds.

Genesis continues to roll out new SUVs including the GV60, a subcompact crossover that will enter the American market by end of 2022 with several alternative powertrain options available globally.