Should You Buy An Electric Vehicle In India? Here Is All You Need To Know- Pros & Cons 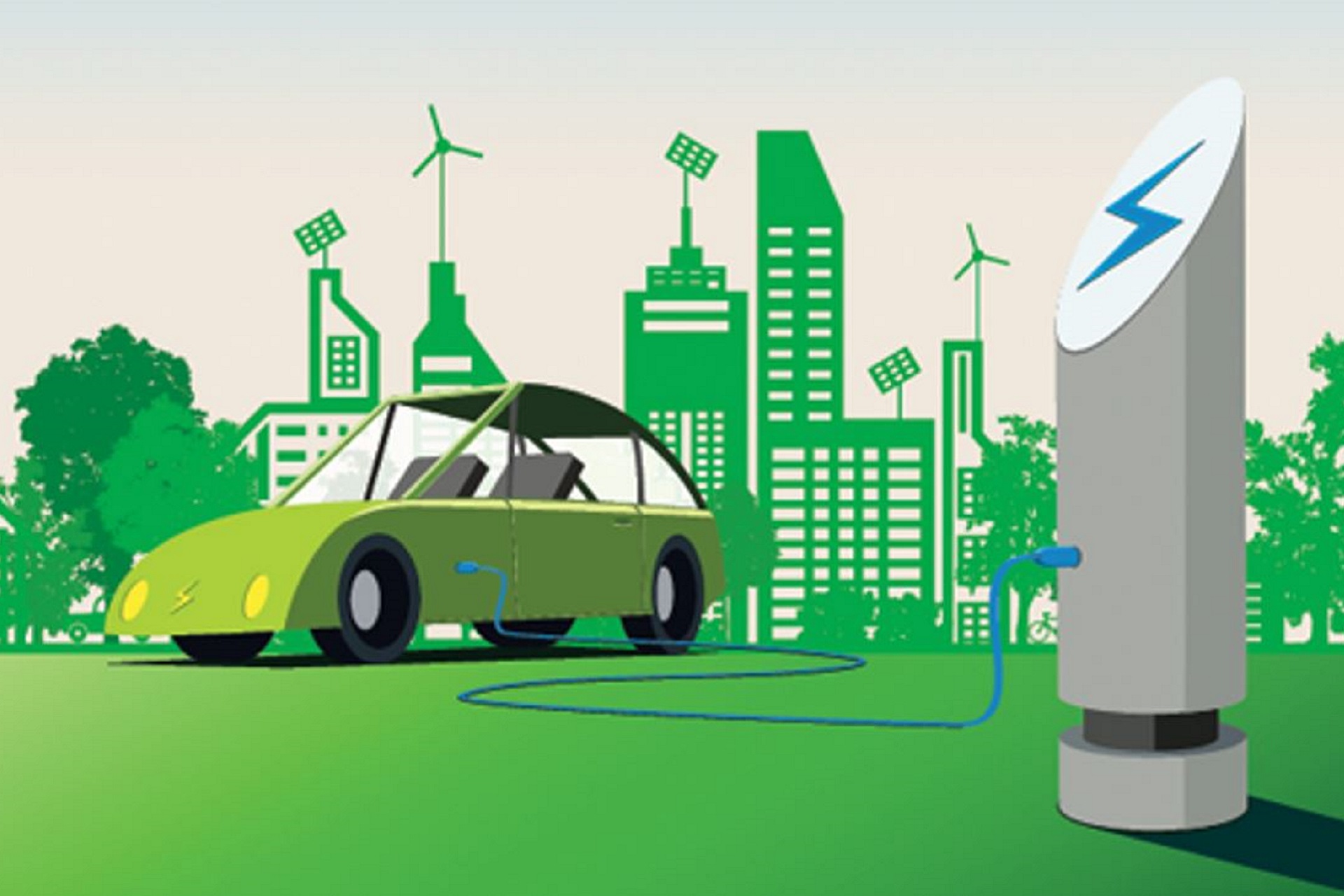 Electric vehicles have made massive technological strides since they were first introduced, and they’re more popular than ever before. Yet some drivers are still uncertain to make the switch from traditional gas-powered or petrol/ diesel vehicles, basically the conventional vehicles in large part due to misconceptions that electric vehicles suffer the same shortcomings they did in their earlier years.

Nevertheless, many automobile companies are gearing up to launch electric vehicles, and some are out with their e-vehicles already. Industry experts acknowledge that with growing consumer awareness and uncompromising emission norms, the market for these e-vehicles may continue to grow in the coming years. Just like conventional bikes and cars, there are certain advantages and disadvantages of using an electric vehicle. Here are the top few to keep in mind:

This year has seen rebates and other financial incentives for buying electric vehicles introduced for the first time by some states in India. With the government inducting several lucrative monetary benefits behind electric vehicles, it is going to make it difficult to reject an electric vehicle over a conventional one with an internal combustion engine. People who choose to buy an electric vehicle on loan will be eligible for a tax deduction of ₹ 1.5 lakh on interest paid on the loan amount under Section 80EEB. For salaried professionals, these tax savings make buying an electric as their next vehicle an attractive option.

Electric vehicles don’t even have an exhaust system, meaning they have zero emissions. Since conventional vehicles are large contributors to greenhouse-gas buildup in the earth’s atmosphere, making the switch to an electric vehicle can help contribute to cleaner air and a healthier planet. In the case of petrol, emissions are produced while extracting petroleum from the earth, refining it, distributing the fuel to stations, and burning it in vehicles. In the case of electricity, electric power plants produce emissions, and you driving electric contributes to reducing emissions.

Electricity is cheaper than petrol -

Improving battery technology in today's light-duty electric vehicles means people can drive 100 miles while consuming only 25 to 40 kilowatt-hours (kWh) of electricity. Since electric vehicles use electricity to charge batteries, and domestic power tariffs range from ₹ 8-10 per unit, the monthly running cost is a fraction of the cost for petrol or diesel. For example, if your daily commute in a metro like Delhi is 30 km, you will end up spending ₹ 5,375 a month on petrol, while the cost of charging an EV with a battery capacity of 30.2 kWh and a range of 312 km, will only be ₹ 697 a month at home, even lesser at ₹ 392 if you do it at a public charging station. This means that your cost per km for a petrol car with a mileage of around 17 km/liter will be ₹ 5.97, but for an EV of 30.2 kWh capacity, it will only be ₹ 0.43 per km. The power rate may vary for various states, but it will still be lower compared with petrol or diesel cost.

Energy efficiency refers to the amount of energy from the fuel source that is converted into actual energy for powering the wheels of a vehicle. Electric vehicles are no longer ‘penny’ in horsepower. Electric vehicles are far more efficient than conventional vehicles as their batteries convert 59 to 62 percent of energy into vehicle movement while other vehicles only convert between 17 and 21 percent. Considering, a unit of electricity costs ₹ 7, the total cost for electricity for 5 years will be ₹ 24,000. Electric motors also tend to react much quicker than mechanical engines, providing more torque and agility while driving. Today, electric cars come in the form of SUVs and even supercars, which not only look swanky but are also heavy in terms of horsepower. Even the electric two-wheeler segment is running hot as more and more start-ups are coming up with better and more efficient electric vehicles.

The service/maintenance costs are not too much for electric vehicles and can safely be assumed at ₹ 25,000 for 5 years for electric cars. Therefore, the total cost of ownership of electric cars for 5 years amounts to around ₹ 17,13,000. The insurance can be assumed at ₹ 40,000 for the first year, ₹ 37,000, ₹ 33,000, ₹ 29,000, and ₹ 25,000 for the 2nd, 3rd, 4th, and 5th year respectively. Since electric vehicles don’t run on oil, they don’t necessitate oil changes or any other maintenance related to combustion engines, for that matter. Another upside? The brakes on an electric vehicle, both four and two-wheeler, typically don’t wear as quickly as those on a conventional vehicle, which means even more savings for you.

Disadvantages of owning Electric vehicles in India? Of course, nothing is perfect, and electric vehicles are no exception. There are a few important factors to consider before signing on the dotted line at the dealership.

Although the electric vehicle range is constantly enhancing, it’s still one of the main drawbacks for consumers deciding between electric and conventional. On a full charge, most electric models of four and two-wheelers are limited to a range of 60 to 100 miles, but a small minority of models can go between 200 and 300 miles per charge. But electric vehicle range in cars worldwide continues to improve, with figures spanning 110 miles for the 2020 Mini Cooper Electric to as high as 520 miles for the 2021 Tesla Model S (yet to arrive in India). This can be problematic if you're planning a long-distance trip, but it should be fine for daily commutes if you charge your car nightly.

Recharging can take a while -

Fueling an all-electric vehicle can also be a matter of anxiety, just like going to a petrol pump. Fully recharging the battery pack with a Level 1 or Level2 charger can take up to 8 hours or more, and electric vehicle fast-charging stations can take 30 minutes to charge to 80 percent capacity. The drivers have to plan more carefully because running out of power can’t be solved by a quick stop at a charging point.

Although the cost of an electric vehicle can be offset by fuel cost savings and tax credits, the upfront price of most electric vehicles is higher than that of equivalent conventional vehicles. The battery packs within an electric car are expensive and may need to be replaced more than once over the lifetime of the car. However, the fuel cost savings, tax credits, and state incentives can help to offset this cost overall as soon as the benefits are available.

Phase-II of Faster Adoption and Manufacturing of (Hybrid &) Electric Vehicles in India (FAME India) is being implemented for a period of five years w.e.f. April 1, 2019, with total budgetary support of ₹ 10,000 crores. Under Phase-II of the FAME-India scheme, ₹ 1000 cr is allocated for the development of charging infrastructure. Centre has sanctioned 2,877 electric vehicle charging stations in 68 cities across 25 states/UTs and 1,576 charging stations across nine expressways and 16 highways under Phase II of FAME India Scheme. Many private players including conglomerates and new-age entrepreneurs are helping expand the charging infrastructure in the country. More areas are embracing EV charging stations and numerous hotel chains have started to include EV chargers in their parking lots. This can help ease range anxiety because the more the market embraces electric vehicles, the more innovative and practical electric vehicles and charging infrastructure will become.

To pump up a little optimism, let’s try to look at the future of electricity generation in India. Today, the country is investing laboriously in and advancing the age of electricity through renewable sources, especially solar energy. The interest in purchasing an electric vehicle rose with the level of education and is also higher among those who have a low and medium annual household income. Although we might have assumed a lot of things, it still gives you a fair idea about the cost of ownership comparisons between petrol, diesel, and, an electric vehicle today.  Now, we must also consider that the prices of petrol and diesel will only go up in the future.

Furthermore, charging stations are a lucrative market for energy corporations, so you will not only have sufficient charging stations in the future, but also a lot of competing businesses in the segment that come up with distinctive technologies like battery swapping. Since we’ll likely reach a phase where we will charge our electric vehicles in our buildings most of the time, installing solar panels would become another prerogative to save us even more money on powering both our residence and our electric vehicle. The investments and incentives reflect the government’s sincerity, and the prospects reflect the willingness of Indian corporations and businesses for a renewable energy future. Be assured that things are transforming gradually in the power generation sector.

Overall, all electric vehicles, like any vehicle, must be assessed based on personal needs and vehicle usage. There are several pros to owning an electric vehicle, such as fuel savings and reduced emissions, but this can come at the cost of relying on battery charging and higher initial costs. Evaluate what works best for you when examining into purchasing an all-electric vehicle.