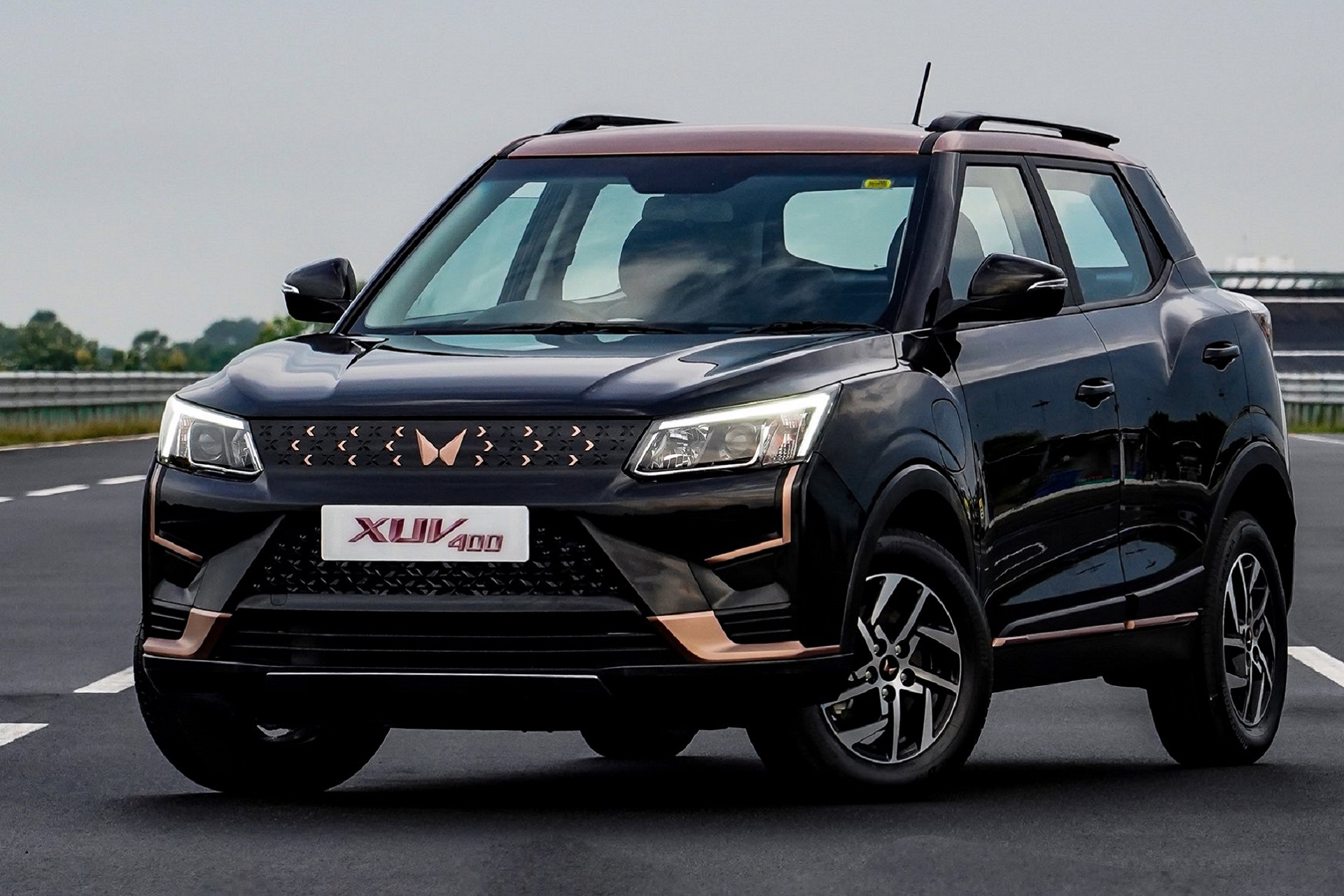 Anand Mahindra revealed the all-new 2022 Mahindra XUV400 EV as it made its world premiere in India this month. Its official launch will take place in January 2023, and pre-bookings and deliveries will also commence in the same month. Earlier, Mahindra & Mahindra held a large event in the UK to promote its forthcoming line of electric SUVs. Models like the XUV.e8 or XUV 800, XUV.e9 or XUV 900, and three further e-SUV concepts from its Born electric range were included.

The Mahindra XUV400 is based on the XUV300 sub-compact SUV and shares design elements with the latter. However, it is longer in size and gets some outstanding visual elements. The XUV400 sports new bumpers, a closed grille, Mahindra’s twin peaks logo, new alloys, and a revised rear end. It is proposed in five colors – Arctic Blue, Everest White, Galaxy Grey, Napoli Black, and Infinity Blue.

This electric SUV will take 50 minutes to complete 80 percent charging with a 50kW DC fast charger. When charged via a 7.2 kW/32A outlet, it will take 6 hours 30 minutes to attain 0 to 100 percent charge, and the same can be achieved in 13 hours using a standard 3.3 kW/16A domestic socket.

The new Mahindra XUV400 gets a 39.4 kWh lithium-ion battery pack and is claimed to offer a driving range of 456 km on a single charge. The XUV400 is claimed to sprint from 0 to 100 kmph in 8.3 seconds and it has a top speed of 150 kmph. In July 2022, Reuters sources reported that South Korean battery maker LG Energy Solution would supply batteries to Mahindra's first electric SUV. According to the source, the batteries will power the Indian automaker's XUV400 SUVs.